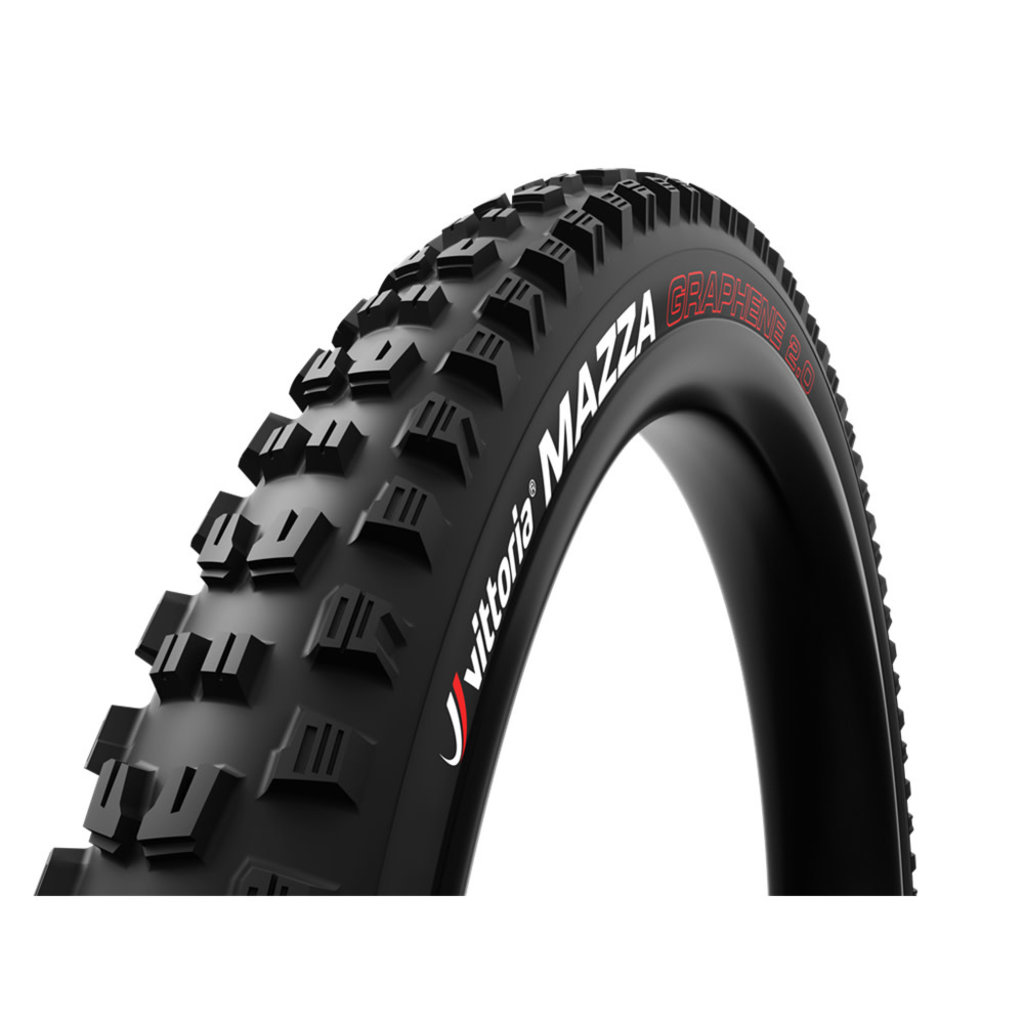 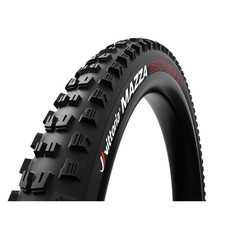 Starting with a defined center tread, the Mazza uses deep siping in the direction of rotation, allowing the tire to roll fast while still opposing drift, especially in off-camber terrain. The stepped leading edge rolls like a ramp, but digs in on climbs, making Mazza a top choice for both front and rear use. Substantial room was designed into the center tread to provide braking traction, while also accelerating cleaning. Cornering on the Mazza is handled by Vittoria’s trademark progressive sipe width technology, which gives a gummy inside effective edge, but without the instability that competitors experience on the outside of the tread. Simply put, bigger sipes flex more than smaller sipes. This unique siping pattern creates asymmetrical tread flex, and translates into a predictable, confident, and communicative feel at the limit of cornering. Mazza’s generous tread depth claws into a range of terrain, and is stabilized with Vittoria’s proprietary 4C compound layering process. Four separate Graphene 2.0 compounds are layered, allowing the surface of the tread to remain tacky, while the base remains planted. This ensures each effective edge is kept in place under high cornering and braking loads, leading to reduced rolling resistance, and increased wear life. The bar has been raised.